Halifax County native, Liza Fulton takes on the role of the Associate Director of Philanthropy for the Foundation where her skills will focus on raising awareness of the Southern Virginia Higher Education Foundation and scholarship opportunities.  Her polished skills in networking with the community, fundraising and social media marketing will benefit the SVHEF and the Southern Virginia Higher Education Center.

“I am excited to be a part of the team making the way for students to have a brighter future,” said Fulton.

Liza Fulton has many years of marketing experience which began in 2008 when she was the Vice President of the Halifax County Chamber of Commerce- whose annual big fundraising event is the Virginia Cantaloupe Festival.  It was through the HCCC, where Fulton was able to make long-lasting connections with the local business community. 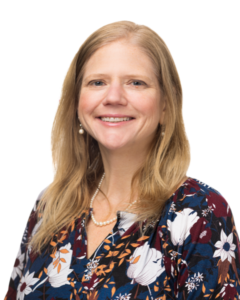 “On top of ‘Lopefest, there were monthly fellowship events like Business After Hours, Breakfast and Business, and Lunch and Learns that the Chamber offered for the business community,” said Fulton naming a few.

Fulton married and moved to Waynesboro for five years before returning to her hometown, South Boston.  While living in the Shenandoah Valley, Fulton carried the torch for fundraising and promoting small businesses.  As the Social Media Manager for Berkeley Glenn Elementary School where her son River attended, Fulton organized multiple events raising thousands of dollars for the school.

“The goal was new playground equipment, and we succeeded,” said Fulton.

She also started her own business Socializa Promotions where she helped small businesses navigate the varying social media platforms.  While Facebook, Instagram, and Snapchat are similar, keeping up with algorithm changes or simply where a button was moved was a hassle.  This left many businesses out of the loop and with outdated pages.

“Many business owners struggle to keep their social media presence current, they just didn’t have the time,” said Liza Fulton adding she would meet weekly with clients helping them become comfortable with posting frequently.

The past two years, Liza Fulton has been a staff writer for the News and Record.  Other than raising her two boys, River and Airis, the paper has been one of her most demanding careers.

“The paper, it’s hard to say what was the best or worst part of the job- some stories were hard to write because they touched so close to my heart.  The stories of babies battling birth defects or a life taken too soon, but these are people in our community and their story should be shared,” said Fulton.

Fulton was the new face on the streets, at board meetings, and social gatherings.

“Folks would say to me, ‘this is our first meeting without Sylvia and we will truly miss her,” said Fulton adding “I had big shoes to fill.”

“I would never say fill the shoes or follow in the footsteps of Sylvia McLaughlin, I lead with her on my shoulder guiding me with the right words for those tough questions,” said Fulton adding I wanted to make her proud.

Fulton expressed she will miss being a voice for the community at The News and Record, but believes her future will be just as rewarding by focusing on providing an opportunity for an education through college scholarships.